Get fresh music recommendations delivered to your inbox every Friday.
We've updated our Terms of Use. You can review the changes here.

by The Long Hunt 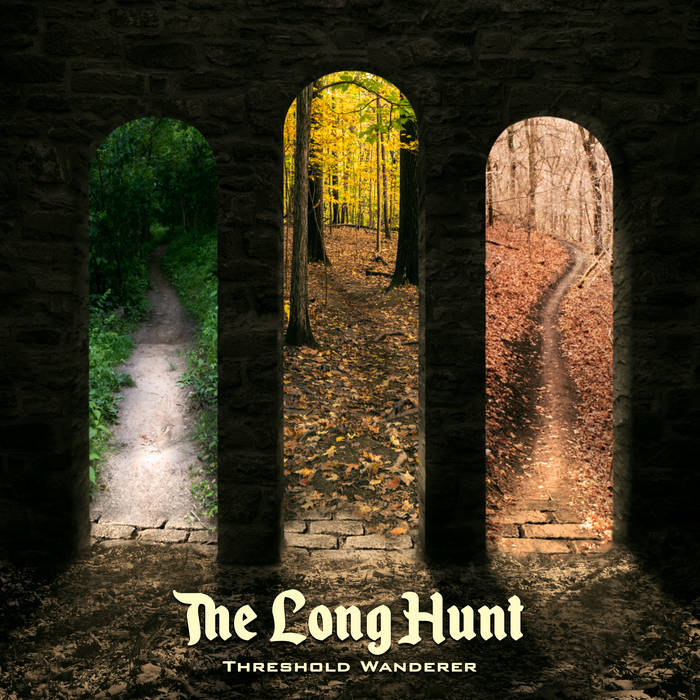 Following 2017’s Wilderness Tales and 2018’s All Paths Lead to Here, Threshold Wanderer is the newest album by the Pittsburgh-based instrumental trio The Long Hunt. In contrast to the dry minimalism and sparse textures that defined the first two records, the songs on Threshold Wanderer are often lush, dense and verdant. Musical styles range from post-rock to post metal, heavy psychedelic, doom, drone, and even a few hints of prog and classic rock. Threshold Wanderer is all about musical exploration and traveling between worlds.


The album was recorded, mixed and mastered in the first quarter of 2020, with the intent to release it later that year. Due to the uncertainty surrounding the global pandemic, those plans were unfortunately shelved. Not to be deterred by events beyond their control, the band soldiered on behind the scenes. After a three-month crash course in 3D modeling, using open source animation software Blender, guitarist Trevor Richards embarked on the monumental task of writing and animating an album-length music video. Eight months and over 1000 hours of work later, the accompanying music video/short film for Threshold Wanderer was born.


Expanding on the band’s frequent use of archetypal themes such as nature, life, death, and rebirth, the music video for Threshold Wanderer is an epic story-driven visual experience set to the music of The Long Hunt. Bookending two years of anticipation, the band will release both the album and accompanying music video for Threshold Wanderer on Friday, April 1, 2022.

Bandcamp Daily  your guide to the world of Bandcamp